The Truth about Yappy

Yappy is an adorable little terror, and a lot of that is my fault.

When I sought out the company of a new pet last winter, I searched for a maltipoo mix. The Furry One (RIP) was a shih tzu/maltese mix, and I wanted a similar mixed breed type to cuddle. I was expecting something like this.

Instead I ended up with what seems to be a yorkie-poo, whose great grandpa/ma might’ve, could’ve, should’ve, would’ve been a maltese…#maybe. #probablynot 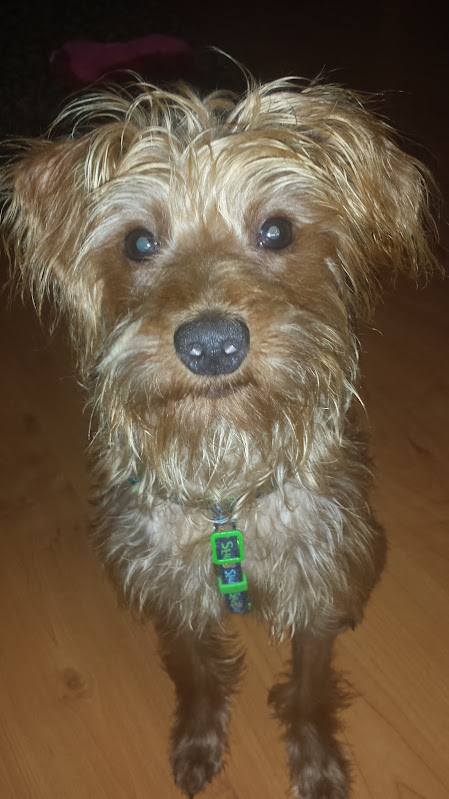 Him cute though…but a tad scruffy and funny looking.

Don’t get me wrong I adore Yappy, who incidentally doesn’t yap much at all.

I’ve never had a terrier before, so I’m getting used to Yappy’s general temperament. Let’s see, he’s super smart, super affectionate, suffers from separation anxiety triggered by as little as me going to the bathroom, generally always happy, possessive, curious, stubborn, demanding and mischievous.

Oh and he hides stuff everywhere. 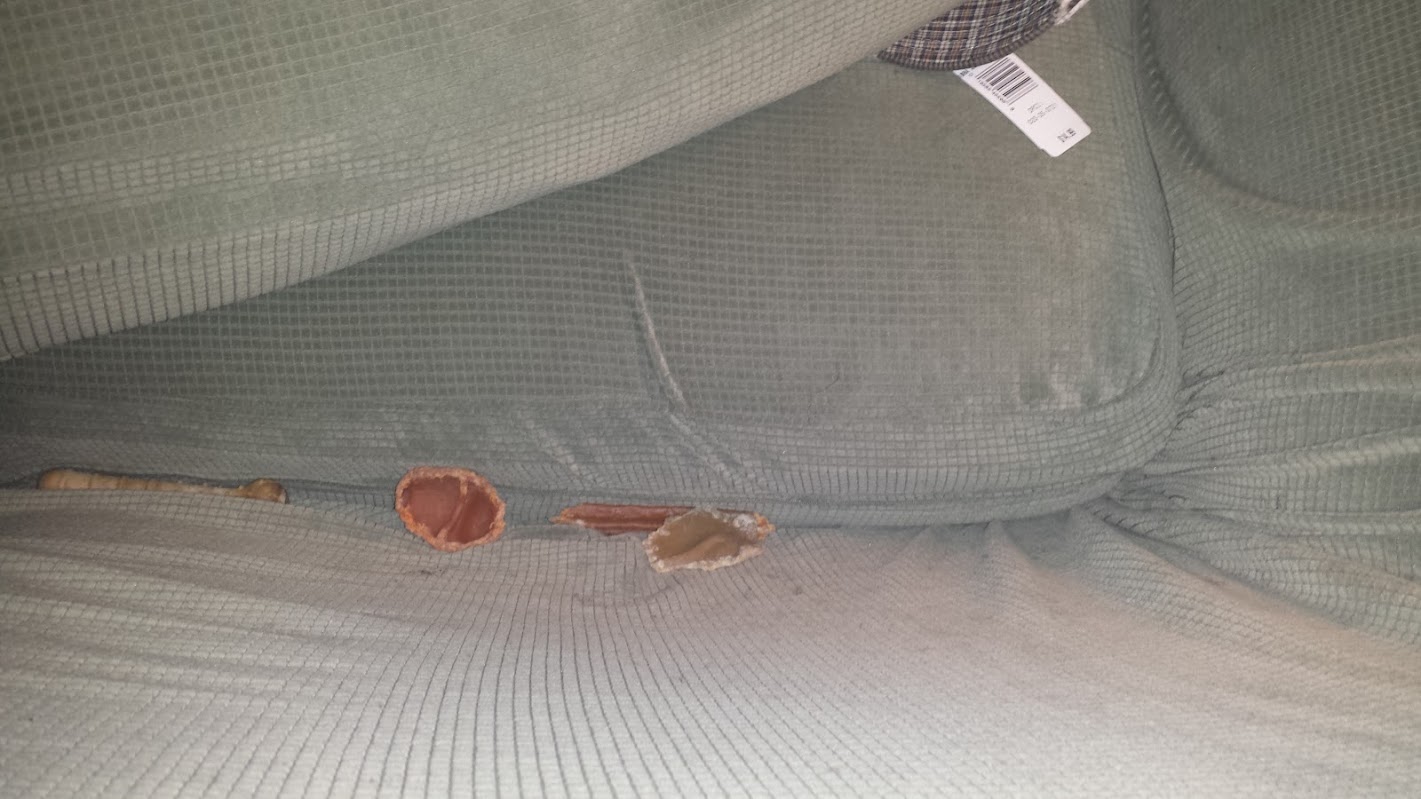 I have lost several pairs of shoes to his chewing. This weekend he ate the wrist band on my sports watch. Hope has lost nearly every hair tie that has fallen to the floor since Yappy has lived with us. Recently he got into a box of panty liners, and well, he shredded them to make his lair (under my bed) more comfortable.  Sigh.

I had him in training but the schedule during the week was kind of grueling, so I took the summer off. Yappy, despite full well knowing the commands and what’s expected of him, has reverted back to his pre-training wild ways. #feral

This weekend while being left alone for a spell at my parents’ house, Yappy managed to climb up on their kitchen table. #hangsheadinshame #Yappyhasnohometraining

Gotdern it! I should submit him to that dog shaming tumblr site. SMH!!!

He at least has the good sense to run under the bed when I screech, “Bad Dog!” Of course he pops out moments later with a happy-go-lucky bounce in his step and wagging tail. #sideeye

I wrote a couple of months ago that I seemingly had more patience with Yappy than with Hope, which is the source of much rivalry between the two. My patience is running out with both of these characters!  It’s one thing to have a surly teenager who has some post-trauma, psycho-social issues. It’s another thing to have that and a cute but unwieldly puppy running wild.

But gosh, when those little brown eyes look up at me…#weak. 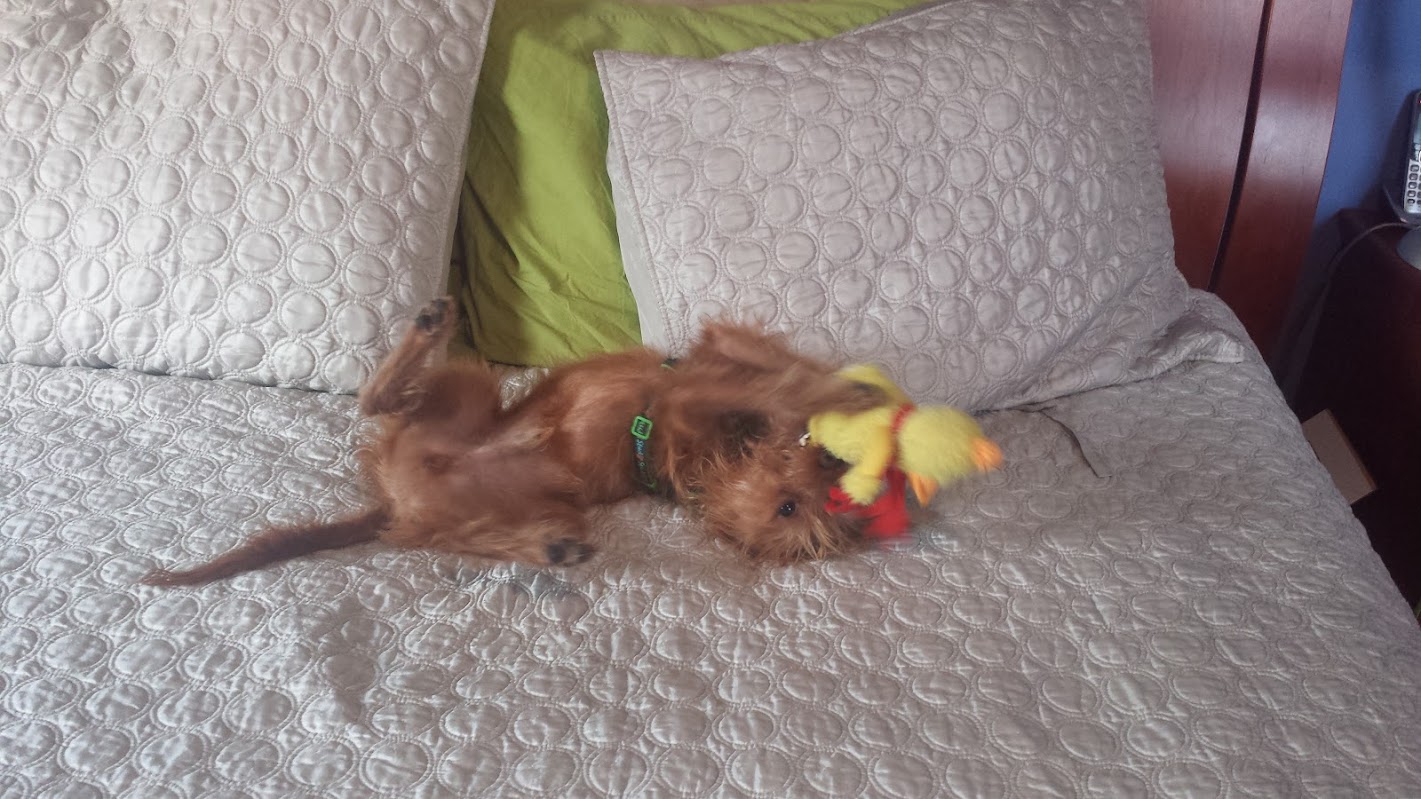 My terrier is a terror.

Who am I kidding? My life is a bit of a terror!

I'm a single Black professional woman living in the DC area. I adopted my now adult daughter in 2014, and this blog chronicles my journey. Feel free to contact me at adoptiveblackmom@gmail.com, on Facebook at Adoptive Black Mom, and on Twitter @adoptiveblkmom. ©www.AdoptiveBlackMom.com, 2013-2022. All rights reserved. (Don't copy my ish without credit!) END_OF_DOCUMENT_TOKEN_TO_BE_REPLACED
This entry was posted on Monday, July 6th, 2015 at 5:05 pm and tagged with Parenting, Pets and posted in Other Stuff. You can follow any responses to this entry through the RSS 2.0 feed.
« Leaning In
Seven »

3 responses to “The Truth about Yappy”