“Ohhhhh man!  Back in the day, my mom whooped me with an extension cord!”

If you’ve ever hung out on “Black” social media, surely you’ve come across such a #ThrowBackThursday kind of post.  Not only has corporal punishment long been a form of discipline within the Black community (and other groups too), but there is often a certain amount of pride in having endured and thrived under the lash of a good spanking/whooping/beating.

On this week’s Add Water and Stir podcast ComplicatedMelodi’s Mimi and AdoptiveBlackMom will talk about discipline, communities of color and adoption.  Adoption often involves significant loss and trauma, requiring patient, therapeutic parenting.  Mimi and ABM will talk about how all this jives together in the face of family and friends who fondly reminisce and declare that if it was good enough for them, then corporal punishment is good enough for the kids.

Of course, we’ll have our regular Wine Down session–we’ll catch up on Married at First Sight (live tweeting tonight)–and offer our recommendations!

Join us on Google+ on Thursday night at 9pm CST/10pm EST!

On this week’s Add Water and Stir, Complicated Melodi’s Mimi and ABM from AdoptiveBlackMom talk about current events, raising children of color, power and privilege, and their fears, hopes and dreams for their kiddos.  Recent events like, but not limited to, the killing of 18 year old Michael Brown of Ferguson, MO, should give all parents pause and require a moment of thoughtful reflection.

Drop us a line and let us know your thoughts and we’ll try to chat about it on the show.

In the “Wine Down,” Mimi and ABM will chew the fat on the Love and Hip Hop:ATL prize fight reunion shows and Married at First Sight (which incidentally we both live tweet through on Tuesdays).

Find us on Google+ for the live hangout on Thursday, September 4 at 9pmCST/10pm EST!

The YouTube video is available immediately and you can catch our MP3 downloads on our Add Water and Stir podcast page within a day or two of our live show.

Hope is currently in a day camp at local animal shelter. She’s been looking forward to this week of camp for months, and really is thriving there. She keeps asking can we adopt some critters. The answer is always no. No. Did I mention the answer is no? The Furry One is the center of the animal universe in Casa d’ABM.

This camp has triggered some difficult conversations about race between Hope and me. Hope is the only brown kid at the camp. #oneofthesekidsisdoingherownthing The ONLY one. We talked about it the first day, how did she feel about being the only one, I wondered. For the record, she brought it up first, no seeds planted here.

Hope really has internalized some unambiguous ideas about how Black folks behave; she wasn’t surprised that she was the only one. I hear a lot of “Black folks don’t do this,” or “Black folks do this” from her. It really is black or white with her. Her declarations about how we act are usually a negative characterization, i.e. “Black folks do all the stealing.” It stings every time I hear it. I hate the sense of self-hate that it implies; because Black folks don’t do certain things, she thinks that some of her opportunities are limited.

She thinks that as an educated Black woman I’m different, not the norm. I might as well be a rare bird. She’s actually told me that I wasn’t really Black because I didn’t act Black enough by any measure. Yes, she actually revoked my Black people membership card. 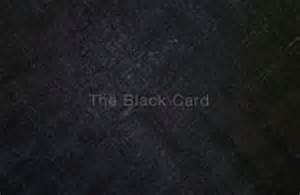 She rationalized that she ended up at her dream camp because her new mom was White enough to support her going.

I was taught all the good stuff about being Black and being descendants of African kings and queens, and I was brought up in an environment where Black History Month was all year long. I understood early that when I walked into a space, I brought a community of people with me; I had to represent by putting my best foot forward. I’ve been called Oreo and called out for acting White, and while it hurt from an adolescent social angle, it didn’t matter because I was making sure I carried myself in a way that showed White folks that people who look like me can get ‘er done. Pressure? Yeah, but pressure gladly shouldered—I’m a descendant of kings and queens remember? #KingdomofZamunda #ComingtoAmerica

But Hope’s racial development took a different trajectory. Black history was Tupac and Biggie. She’s been left to sort out her understanding based on what she’s seen Black and White folks do in her 13 years and in her limited environment. The separation and characterizations of racial groups is sharp with her.

It’s a struggle to figure out how to course correct some of this, and sometimes it’s like we’re not even speaking the same language. I want to teach her that we Black folks can do whatever we aspire to do, and we don’t surrender our Blackness to do any of it. There’s a need to learn to code switch in our culture in order to move from surviving to thriving. There’s a need to cultivate an image and narrative about whom and what Black folks are and that we, like any other racial group, span a pretty diverse group of folks and behaviors. Behaviors aren’t racial, they transcend race. Trifling folks will be trifling irrespective of race. Nose to the grindstone folks who are working towards something meaningful go beyond racial and cultural dimensions.

But, uh, supporting positive racial development at 13 is so messy. Some folks would rather embrace a color-blind paradigm. I reject this; I think it’s naive and it’s easy to say sure we don’t see things but the research about racial attribution, discrimination and marginalization is overwhelming in education (as early as toddlers–racism is learned behavior) on through the life-span. I want to teach her to own her color, but not to feel limited by small, biased bit of data she has that shapes what she thinks her cocoa brown skin means for her life.

The dichotomy of race in this camp experience comes up as a part of our daily chatter. This morning she pointed out how some girls thought she was hilarious. Hope is a funny girl, she uses humor excessively, almost like performance therapy, to gain acceptance with peers. She has a hard time. Given our discussions, I probed—I was concerned about inadvertently building the image as the class clown…the Black class clown. I already worried that such an image could be, and is often, aligned with the class troublemaker, instigator and so on (lots of data on this too). I want her to be herself, but I worried about the pressure of being the only one, trying to make friends and be socially acceptable.I worried that if she acted out, would folks remember that the Black girl had a meltdown or if Hope–personalized and personified–had a meltdown.

It may sound like I have little faith in anyone else in the camp—oh I’ll admit to being suspect because I don’t know them. But I also know that Hope is “comfortable” with being Black and she’s comfortable with a paradigm in which being really Black doesn’t have to be about anything more than spitting rhymes on a corner while sipping a forty. She only kind of got my concern.. Somehow, I think we’ll have many future opportunities to wrestle with this topic. We’ve got a big internal Black folk, culture clash going on around these parts. Fun times.  #notreally

Apparently, racial development is a rock to kick over in same race adoptions as well. Silly me to assume I had dodged that bullet.

These are the adventures of one family in foster care and adoption.