So, this past weekend I hit the wall. Hard. A dirty food container sent me careening off the cliff of parental crazy.

Totally lost my ish. Parenting swagger went right out the window. It was terrible. And I kinda felt bad about it; note that I only said “kinda.” I did not totally feel bad about it.

I have been incredibly patient with a bunch of crazy ish that Hope and I have endured lately. I kinda knew there was risk of me totally going off. It was epic, kinda like the New Year’s meltdown during which I damaged my vocal cords so badly I could hardly talk for a week.

At one point Hope threw her reliable taunt, her trump card: “I wish I never moved here,” Girl, whatever. I replied “I love you but some days I wish that too.” #boom #didIsaythatoutloud #notmyinsidevoice

Yeah, that’s how we got down on Saturday. Ugh. I did yell this time, not as much though. #improvement And I took 2 hours to cool off before going to talk to her calmly about the issues. Then I left the house for another two hours to go do some shopping and run errands.

This was not how I planned to spend my weekend. I’m pretty sure it is not how Hope intended to spend her weekend either. I prepped dinner and well, what’s the rule? Don’t go to bed angry? #thatscute

Yeah, eff that. Saturday I realized I gave all I had to give; there was nothing left in the tank but reptilian brain functionality. In other words I was only capable of being pissed. Instead of yelling I just went into Elsa mode.

Um, yeah, she had to be “color corrected.”
Credit is embedded.

Minimal speaking and the provision of basic necessities. I signed progress reports, prepared meals, visited a new church (including acting like Hope actually belonged to me, which was a serious effort in grace and charity, since I *literally* wanted to drop her off at the local Goodwill).

Monday, I was still frosty, and Hope was running so late that she didn’t have time for breakfast so she picked up the lunch I prepped for her and we said nothing more than good bye, have a good day. I cooked burgers for dinner and hid my nose in the latest US Weekly while poor Hope tried several times to initiate conversation.

“Would you like to see my new band T-shirt?” Nope. “Sure.” Looks at shirt, nods.

“Ms. D says I’m distracted in math because I and sitting next to [her crush du jour].” “So change seats if you know this is a problem.”

And she did. In bed at 8pm. Not sure if she cried, but I know she was sad and the slightly recovering parts of my scattered mind thought to console her and warm my heart. But my reptilian brain convinced me I was fine and she was fine. I made sure her alarm was set, and I fetched myself a glass of pinot and the remote to watch Love and Hip Hop: ATL.

I ain’t checking for Hope.

And as other brain functions return, I know I should feel some kind of way about that, but don’t bother guilting me about icing my daughter out. As I sit here 4 days later, I still am having a difficult time turning on the functional systems necessary to be warmer. I simply do not have the capacity for more than minimal interaction or base level care-taking.

I remind myself a lot of Hope when she first moved in and was so overwhelmed. I simply cannot tolerate more. The thought of attempting a meaningful conversation has me reaching for the Ativan to stave off a panic attack.

I begged the sitter service for a sitter for this weekend. They found me one. So I’m booking me a hotel, and I’m flying the coop for two nights. I did not even invite Elihu because I don’t want to consider another human being’s needs for these two nights.

So, while I’m down for the count, I get a call from a new parent with my agency. She’s a little more than 3 weeks in. She’s still at the stage where you’re counting the days, minutes, seconds. She’s still at the stage (for us singles at least) where you take your calls in the furthest bathroom in the house, in the shower, kind of whispering because you are convinced that your new child has super power hearing and the punishment of finding out that you are talking about her is too great to even consider. 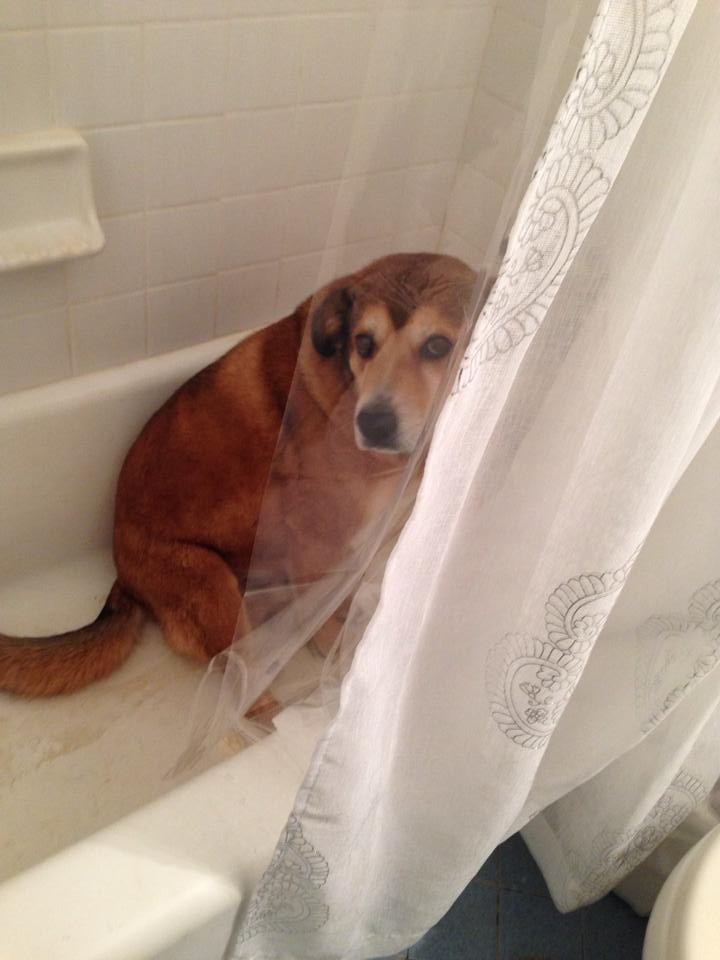 She’s sleep deprived, teary and just deep, deep in the throes of a new child figuring out how to function in her new surroundings with the rudimentary skills she has.

We talked for an hour, about all kinds of stuff. I pulled out my best parenting swagger guidance. I pep rallied. I encouraged her to adopt my devious/creative parenting philosophies. #getgullywithit

I admitted that nearly 18 months after placement I wasn’t white knuckling it this week. I had actually dropped off the face of the cliff.

Admitting it was liberating for me, even if it is an uneasy admission that all’s not well in the kingdom. Time heals; it really does. But this ish is really hard. Teen issues are hard. Adoption issues are hard. These jokers together, overlapped and conflating is sheer madness.

But, I’m not hiding in my shower anymore. #PraisetheHolyHomeboy #wonthedoit

And I know that there is life over the edge. I’ll be ok. Hope will be ok. We’ve actually survived way worse. Hell, we’ve survived nearly 18 months. Sometimes the Holy Homeboy sends you someone who mirrors your previous struggle just to remind you of how far you’ve progressed in that struggle.

This hiccup will pass. Of course it will pass with me in a hotel with luxurious bedding and room service while binge watching Vikings this weekend. I love Hope but I still need to get away from her for a few days. I think I’ll also treat myself to some new jammies, luxe of course!

I'm a single Black professional woman living in the DC area. I adopted my now adult daughter in 2014, and this blog chronicles my journey. Feel free to contact me at adoptiveblackmom@gmail.com, on Facebook at Adoptive Black Mom, and on Twitter @adoptiveblkmom. ©www.AdoptiveBlackMom.com, 2013-2022. All rights reserved. (Don't copy my ish without credit!) END_OF_DOCUMENT_TOKEN_TO_BE_REPLACED
This entry was posted on Tuesday, May 19th, 2015 at 4:12 pm and tagged with adoption, Adoption and Depression, Adoption and Emotional Health, Adoption and Emotions, Adoption and Parenting, Adoption and Resiliency, Adoption and Trauma, Adoption Stress, adoptive parents, Lessons Learned, Parenting, Parenting Teens, Single Adoptive Moms, Single Adoptive Parents and posted in Finalization Life, Hard Stuff. You can follow any responses to this entry through the RSS 2.0 feed.
« A Journal
Weekend of Respite »