So, I’m hopefully making progress on this COVID-19 thing.

The nighttime is the worst time. I can power through the day, but once night falls, the coughing starts again, the difficulty in regulating body temperature comes back and once I get comfortable, I actually feel like I could eat something.

I feel better overall, but I’ve learned not to trust it—even if it lasts a few days.

Mostly though, I am tired a lot. I didn’t take a nap yesterday and I’m paying for it today. I just feel like I could sleep for days. 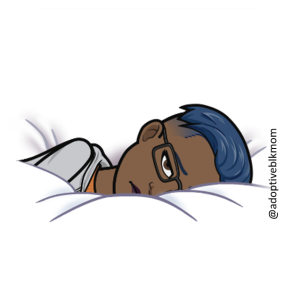 But I am feeling better. I also feel like it’s just going to take a while to feel like myself again.

Hope has been amazing since my symptoms came back last week. She checks on me, always asking if I need anything. It almost makes me want to drag this out a bit. #kidding

We have many masks in the house now and I’ve been ‘officially’ cleared to walk Yappy as long as I have on a mask and maintain distance. That makes me feel better—getting out for fresh air and a little exercise. Of course, I overdid it this morning by walking my usual 2 miles. Now I feel like I could sleep 8 hours.

I’m logging back on to work tomorrow; I have a wonderfully supportive office. I’m a little anxious that my schedule looks heavy tomorrow, so I’ll have to rearrange things a bit. I know I want to work, but I have really come to grips with my physical limitations right now

I’m not well—and my wonderful reader Rose dressed me down properly with that declaration this weekend (again, thank you so much!).

There really has been so much discussion in the media about the physical symptoms of the virus, but there hasn’t been as much discussion of the emotional toll this is taking on both the sick and the well.

Social distancing has been hard for folks, especially those of us who are extroverts. The lack of energy from others has been challenging for me. I had two solid meltdowns before I became sick. I am careful not to rely on Hope to fill that need. 1) It’s not her job and 2) I’m sensitive that she’s an introvert.

Being in quarantine has been especially difficult and isolating. Before my post last week, I had told only family and a few close friends about being sick. I still don’t share it with many outside of the blog. In some ways it is like watching the world go by. Most of my friends are not sick and don’t seem to know many people who are sick. They are adjusting to the new normal and while they take the pandemic seriously, it hasn’t necessarily touched them personally.

I’m happy about that. I don’t wish this on people.

But it’s isolating. And who knows, maybe they are just like me and not broadcasting it. I don’t know, but it is lonely being one of the countless people directly affected, even in the midst of something so widespread.

Then there is the fear that this will happen again. We don’t even have enough tests for confirmation of symptomatic cases, and we’re trying to get serology and antigen testing, but now folks are second guessing whether having it might make you immune to having it again. That is hella scary. The thought of going through this again this fall is really frightening. I don’t even want to experience this “mild” version again. I probably will volunteer for the vaccine trials due to fear—damned if you do, damned if you don’t. 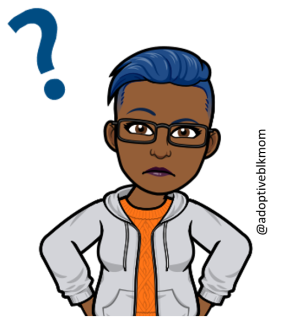 I totally get the awful way the economy came to a screeching halt. I also get how desperate families are to get and keep needed resources, food and housing in particular. We are talking basic Maslow’s Hierarchy here. I get the fear and desperation. I also know how privileged I am to not be in that predicament where I am missing paychecks, wondering if we can afford food and if I’ll be able to pay the mortgage. I get it.

But I don’t get the crazy parts—the dash of white supremacy and refusal to believe science. That is just point-blank crazy to me.

Let me hip you to a reality: Science is a thing folks, and it is not antithetical to religious tenets. I was always taught that science is God’s way of showing us the awesomeness of his creation. The miracle of life is truly mysterious, and science is revelatory. God gives us peeks beyond the veil through science.

COVID-19 is not the flu, and it’s not a hoax. It’s killed over 40K people in just two months in the US, and it will kill more. You can’t be pro-choice when it only benefits you. You can’t tiptoe through religious texts to cherry pick that parts that uphold your hollow arguments. You can’t prioritize the economy while ignoring “Blessed are those who mourn…” or “Blessed are the merciful…” I mean, sure you can, but be ready for folks to call you out on the abject hypocrisy of doing so.

This whole thing is a dumpster fire, and we have a fire hose with low water pressure.

Anyway, I am on the mend—hopefully. I initially wanted to believe this was just a 2 weeks and done thing. For some it is, for some others, 3, sometimes 4 weeks is more realistic. I seem to be in the latter category. I’m learning to respect my limitations, even if I loathe them. I’m learning to take a daily nap. I’m learning that rest is essential. I do not know what the rest of this week will look like; I’m guessing it will involve some rescheduled meetings and a lot of breaks.

For now, I can only listen to my body and her needs and respect what she tells me to do.

I'm a single Black professional woman living in the DC area. I adopted my now adult daughter in 2014, and this blog chronicles my journey. Feel free to contact me at adoptiveblackmom@gmail.com, on Facebook at Adoptive Black Mom, and on Twitter @adoptiveblkmom. ©www.AdoptiveBlackMom.com, 2013-2022. All rights reserved. (Don't copy my ish without credit!) END_OF_DOCUMENT_TOKEN_TO_BE_REPLACED
This entry was posted on Tuesday, April 21st, 2020 at 1:00 pm and tagged with African American Adoption, african american adoptive parents, African American Life, Christianity, COVID-19, Health, Lessons Learned, life, pandemic, Politics and posted in Finalization Life, Hard Stuff. You can follow any responses to this entry through the RSS 2.0 feed.
« I’m a Mess Right Now
We’re Ok »

8 responses to “I Think I’ve Turned the Corner (Again)”